It’s probably fair to say that the most interesting thing about Wells-next-the-Sea for those coming across the place for the first time is its name. The number of times the question has been asked as to why exactly the word to’ is missing from the equation well, let’s just say it’s a lot! As for the origins of the name, it was during the early 19th century that the decision was made to begin referring to the town as Wells-next-the-Sea, simply as a means by which to help distinguish it from other villages and towns with the same name or similar. Interestingly, toward the end of the 19th century the local council voted in favour of renaming the village Wells-on-Sea. But it wasn’t to last, as more recently in 1956, the decision was made once again to reverse the previous decision and rename the town Wells-next-the-Sea.

As a village prominently positioned on the Norfolk coastline, it’s pretty safe to say that Wells-next-the-Sea is rather beautiful to say the least. A magnet for tourists during the summer and a wonderful place to reside throughout the rest of the year, it is exactly the kind of place in which we love doing business. Admittedly, Target Trees may be more at home in forested areas than beaches, but where and when there’s an arboreal job of any kind to be carried out, you can count on us to get the job done.

If you haven’t come across our company before, Target Trees offers a wide range of Wells-next-the-Sea tree maintenance and management services of all kinds. Roughly translated, if there’s anything whatsoever that needs tackling and happens to involve one or more trees, we’re the company to call. As a company born, bred and based right here in Norfolk, our pride and passion for both the region and what we do are genuine and total. There’s nothing we love more than getting stuck into a job for the benefit of the local community even if it’s something as simple as a few basic back-garden prunes and pokes.

What makes Target Trees different from every other Wells-next-the-Sea tree surgery company is the way in which we inject that all-important personal touch into everything we do. We take huge pride in combining small business values with big business performance a combination our customers always appreciate.

For more information or to arrange a quotation, get in touch with the Target Trees customer service team today. 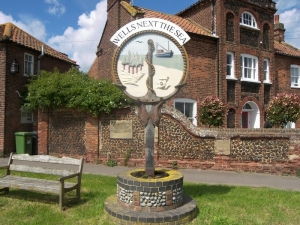